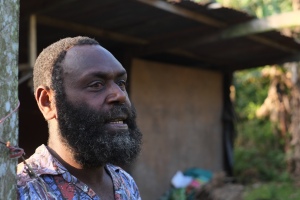 A mission worker called for assistance at his mission field due to SDAs ‘making trouble.’  I only heard about it at the last minute but did what I could to get there after what had already been a long day.

It seemed that the ‘trouble’ was to do with the number of the beast from Revelation 13:18 and the mission worker had called a week long workshop to work through the issue and other issues relating to the SDAs.  He had called for the assistance of a pastor, and since I was the mission director and the only pastor with transport, the job fell to me. I arrived as the sun was getting low and pulled up at the edge of a cleared central area of the village near the bamboo and coconut-thatch church building. When I jumped out of the hilux the mission worker asked what I wanted to do.  I didn’t really want to do anything.  I didn’t really understand the problem and I would have been happy to sit in the corner.  But since I doubted that that was really an option, I said that I would be happy to fit into whatever he wanted.

From what I could gather, the future of his church was riding on this workshop.  Margaret and I had visited this mission field in April last year and the missionary was encouraged that 52 people had been baptised and the chief had agreed to the building of a larger and more permanent church building.  But if what the SDAs were saying turned out to be true, then the chief would declare that the church would become SDA.

The mission worker had begun the workshop and asked if I would like to continue in the church building or address the people where we were in the centre of the village.  Since there was already quite a few people milling around I said that we might as well stay where we were and talk to everyone.

After the prescribed ceremony of hanging flowers around the neck of the visitor and the making of formal introductions, I was asked to address the people.  I placed my Bible on the bonnet of the hilux as a makeshift pulpit, took and deep breath and prayed.

I began my talk by asking how we know that something is true.  What do we trust when someone is claiming this or that?  I explained that as Christians we take the Bible to be the ultimate authority.  I held it up and explained how God has used his people to speak to us and how we can trust its authenticity because it is one consistent message which has a clear beginning and end.  I explained how every time someone adds to that message it gives birth to a new movement with a new message.

The mission worker then asked that I pause there and give people the chance to ask questions.  This gave the opportunity to scratch where they were really itching.

They wanted to know what 666 meant.  SDAs had come to their village nearly a month before and told them that Barak Obama had signed a paper bringing about a ‘One World Government’ and a ‘One World Currency.’  Those who were not a part of it would soon have 666 appear on their foreheads.  There was some kind of a loose link in there somewhere that meant that joining the SDA gave membership to the ‘One Wold Government’ and avoided the permanent branding.

Assuming that you are reading this on some type of electronic device, then I imagine that this rumour would sound ridiculous to you.  But as I looked into the faces lit by the sunset in that village in ‘Middle Bush,’ I could see only genuine fear.  Not only would 666 really appear, but they would forever be branded with the beast – whatever that meant.

I assured them that nothing of the sort had happened and I took up my Bible again.  I started at the beginning of Revelation to explain what kind of a book we were looking at before explaining the verse as best as I could, emphasising that the verse itself calls for wisdom and suggests that it requires ‘inside’ knowledge to understand it.

I asked for questions again wondering if there was another pressing issue, but they wanted to hear it again: had anything like a ‘One World Government’ taken place?  There was something about the silhouette of the surrounding bush against the glow of the fading sun, the quietness of the evening and the wide-eyed expressions of the gathered people that suddenly made Obama and the USA seem very far away indeed.  How could the people know for themselves?  What could they measure such a claim against?  These people never went to school and they are only now learning the language of local radio (Bislama).  They had heard that it had something to do with the internet, but clearly didn’t really know what that meant.  I had to gather myself before answering.

I assured them again that nothing of the sort had taken place.  I explained that a month ago I had been listening to the radio regularly and that it would have been big news if it had have happened.  I explained that I had been on the internet a couple of days before and that there was no new government and no new currency.  Australian Dollars were still Australian Dollars and Vanuatu Vatu were still Vanuatu Vatu.  Then I remembered a final line of evidence.  I took my mobile phone out of my pocket and held it up.  I explained that my phone connected to the internet and that I had connected two times already that day (which was a coincidence as I wouldn’t usually connect twice in a day).

There was something about the tangible object held in my hand that gave them reassurance.  Shoulders relaxed and some smiles returned.  As it turned out the five day planned workshop was cancelled.  The people were convinced on day one.

This story has had a happy ending so far, but in other cases whole mission fields have been taken over by various movements.  This mission field now has literacy classes, giving people the opportunity to read the Bible for themselves. Please pray that people will be well established in the truths they have believed. 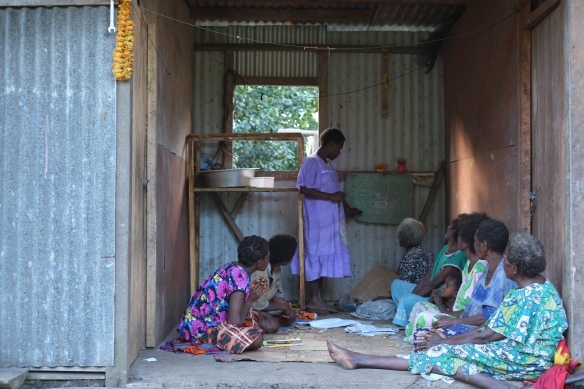 4 thoughts on “The Number of Fear”